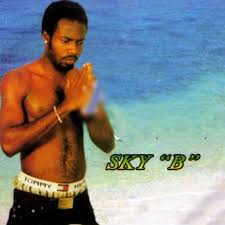 Update Sky is dead, read down for details. From the rave making Sky Bto Resonance AKA Chinwe Ike with their lee lee track down to the more recent Wakumzy, and Blackface formerly of the Plantashun boys which included the award winning Turface and the great vocalist Faze.

Nothing has been heard of this great 9ja musicians since their last albums, are they sleeping? Or is the competition too much for them? I mean with the likes of Whizkid, Banky, and even the more recent Splendid the “Aboki shine my shoe” crowner and other junior 9ja music artist per-say.

lets see how this three or four 9ja musicians made it to the limelight before vanishing into darkness.

Read What makes music a hit

Sky B. This 9ja guy made name for his self in 2007 with his debut album “Pray For Me” which sold nearly 1 miliion CD copies minus pirated copies, what really made that album tick was the hit track “I”m Calling” which made 9ja especially the Eastern part of Nigeria sit up! And go “gaga”. The other tracks where hits also, some done with slow emotion laden beats and some done with what was considered party beats back then, although compared to now, those party beats are outdated can’t match the current one produced now.

Based in Portharcourt Nigeria’s Sky B was famous for how he mixes great vocals with local flavour producing a genre of Hip hop which we havn’t seen of recent.

Not even the likes of Baby oku crooner Flavour and 9ice can match him on that, the guy was so talented that people started grading him on par with the likes of P.square and 2face(both of them seniors).

Year 2008 Sky B was tipped to become a long time member of Nigeria’s music industry, as bright and young as he is many expected him to become one of the pillars of 9ja music, as he was in the same form with Alingo crowners the group known as P.square, Ihe na eme artist 2face and the 9ja beef master Ruggedman not forgetting Idris. For a promising talent who burst into limelight to vanish like that is beyond comprehension, how many current Naija artist made it into limelight on their first try? Only two I know of Timaya and Sky B, Timaya with his first Album, that hit 1 million copies sold since then he havn’t looked back.

Is now six years since Sky B vanished from Nigeria’s music science, like a whirl wind, he vanished into thin air. While Sky B went into self-exile, P.square, 2face, D’banj and others has risen, they are growing from strength to strength, in six years P.square has produced over 2 dozens of solos, a handful of collabos, many awards, has signed record contracts with foreign record label, became ambassadors to many organizations particulary Globacom.

The koko master himself D’banj is not left out, in six years he has his own record label, collabos with many local and International artist, many awards.

Producers has risen to the challenge and has produced excellent beats, in many cases it is the beats that makes a song sell, if you doubt me listen to Iyanya’s “Kukere”. In six years party beats has evolved to a new level no longer what is used to be, the senior artist has also adapted like P.square first 100 percent party beat produced “Alingo”.

Back to the matter where is Sky B

Everything has changed, the beats, the artist So Sky B has vanished, is he sleeping? Is the competition too much for him? Is he dead? Sky B where are you?. I’ll try and find out even if it entails going to PH.

If you are interested to know where Resonance chiweike crowners are right now read what happened to Nigerias music group Resonance?

Update: Reports reaching us has it that Sky B is dead. The ace musician was found unconscious around 6:24 am of today at his residence in Owerri, Imo State.

Sources claimed he was rushed to the FMC Owerri, where he was confirmed dead. It was later revealed that he had suffered a heart attack.

5 thoughts on “9ja Music Artist Sky B Where is He”