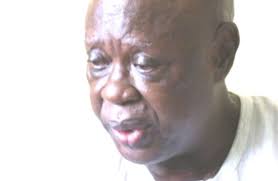 Professor Bolaji Carew also known as Ricardo Ricardo in the cult word was the provost of the Lagos State College of Education, a man who is known to be dead, but is usually seen around Lagos.
So what happened to him? What made some cultist to believe and can swear that he is dead ? What made them believe that Bolaji Carew is a ghost walking around Lagos, who is this Bolaji Carew?
About two decades after the formation of the Pyrates Confraternity (PC) also known as- National Association of Seadogs (NAS), the BAN was born. Wole Soyinka, then student at the then University College, Ibadan, and now in Oyo State code-named “Captain Blood” and six other students, who called themselves the “Original Seven” or “Magnificent Seven”, found the Pyrate in 1952. The group claimed it was founded to fight against social ills, and not as a violent gang. Wole Soyinka later become one of the world’s literary figure, with many popular written works.
Bolaji Carew started off as a one time active member of the Pyrates Confraternity with his code-name “Rica Ricardo.” Amongst the pyrates code names are required, so each member must have one.

If you’re a cultist you’ve probably heared about the rebellion of the thirty “R – 30” well it is this same Rica Ricardo that lead that rebellion a mutiny in Military terms, him along with other thirty members of the group. The Pyrate leadership responded by expelling them, and tagged  Rica Ricardo (Bolaji Carew) as “late Ahoy Rica Ricardo”. In the Pyratical world, Carew is dead, that is why Pyrate members regard Bolaji as a dead person, but in the buccaneer world, he is alive, hale and hearty, and is the Supreme Eye (Boss) and spiritual head of the Buccaneer Confraternity.
When ever this issue of violent cult groups in comes up the Pyrate lays the blame on Carew and his Buccaneers for the subsequent multiplicity of blood thirsty and violent confraternities and gangs on campuses and in the streets.
But, the Association of Air lords also called Supreme Eiye Confraternity was earlier founded by 7 students at same University of Ibadan which the (Eiye) call “Araba (Mother Nest)”. But the controversy around the Bolaji Carew episode overshadowed the existence of the Eiye. Secrecy is one of the fundamental principles of the confraternity. Its members are called, “Haba Krier” and they wear blue beret. Beyond these three (Pyrate, Buccaneer and Eiye) there are many other groups operating inside and outside the school environment.