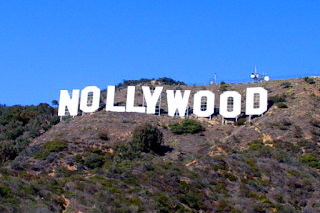 Nigeria, being a multi-religious and traditional society, have different festival ceremonies across the country. It is therefore not unlikely that the origin of Nigerian drama and filmmaking lies in the very many different traditional and religious festivals, functions and rituals that are found in practically all the Nigerian cultures.

These rituals continued to be acted out and improvement was made on them in terms of costumes, mode, and elaborateness, until the coming of immigrants or missionaries. The first set of immigrants into Nigeria constituted the nuclei of Nigerian educated middle class. It was this class of Nigerians that imported the western European forms of drama, which became the basic framework of the Nigerian drama and the Nollywood.

The Roman Catholic church is credited to have pioneered the promotion of dramatic production in Nigerian. As important as these contributions were, however, it did not lead to the beginning of a truly modern Nigerian drama. Though the impetus to the development of a Nigerian contemporary drama came through their efforts.

It was as a result of the call by indigenous people and subsequently the establishment of independent African churches; where traditional music and language are freely used that led to the birth of Nigerian drama cum Nollywood. It was, therefore, not surprising that the first examples of a truly Nigerian drama came from these African churches example Hubert Ogunde. With only 18 Nigerian Naira as his total savings after eight years in the police force, Hubert Ogunde is credited to have inaugurated the African Music Research Party. Thus he started the advent of modern professional theatre groups spread around the country.

The development of drama in Nigeria got a boost when in 1957 drama was introduced as a course at the university college Ibadan now the University of Ibadan. Since then other institutions have followed suit. 1960 was also a landmark in the development of drama in Nigeria. This is because that was the year Wole Soyinka founded “The 1960 masks” which later led to the establishment of other theatre groups like “the Eastern Nigerian theatre group” of John Ekwere.