Skip to content
Nigeria Nigeria Features South East
July 3, 2017 Gist Africa 0 Comments
A big pie is seemingly better than a small pie, but what happens when the big pie is rotten inside but the small pie is OK inside? The small one automatically becomes better. 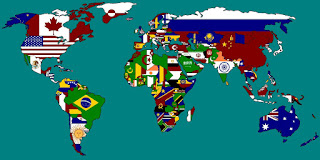 The South East (SE) Biafra is better off standing with a bigger Nigeria if we can make it work, but if we can’t a smaller country. Yes less population, less respect by other bigger nations, less market etc, but what is that compared to good healthcare, good roads, lights, food, security, beautiful and serene environment etc.
You see there is a reason people prefer England over India, Israel over Congo, SA over Nigeria, even small  Seychelles over many bigger countries, people want to live in a place they will live like humans, in a place life expectancy is as it should be, no Boko haram no Fulani herdsmen that is killing off people like chicken.
Coming to the topic, the South Eastern states their worth. Yes they have human resources, that is sure but we all will want to know the amount in cash they contribute to the National purse.
When I talk about ‘cash’ I mean money generated from Mineral resources, of which the SE has many Oil, Gas, Coal, Iron, Sand etc.
But for the sake of simplicity we take Oil not Gas, only Crude oil.
According to this article https://www.naij.com/1096390-oil-producing-states-nigeria-2017.html
Abia around 31000 B per day
Imo around 40,000 B per day
Anambra around 55,000 B per day
The 3 states combined have a total of 126,000 per day, this could go up if some abandoned oil wells were reactivated after resolving some community issues, however we go with the current figures.
50 dollars per barrel * 126000 = 6300000 per a day
6300000* 30 days = 189000000
189 000000 * 12 months = 2268000000
So the South East states contributes two billion, two hundred sixty-eight million dollars a year.
Say lets remove Anambra to reflect the reality we know we are left with
Abia 31k
Imo 40k
Equals to 1278000000N
So the 2 South East States without Anambra contributes one billion, two hundred seventy-eight million dollars, every year to Nigeria.
It becomes more interesting when converted to Naira,
Using 350 per dollar
With Anambra = 793800000000 seven hundred ninety-three billion, eight hundred million Naira
Without Anambra =  4473000000 four hundred forty-seven billion, three hundred million Naira.
If the SE landmass is small as people would have us believe then there is no reason why this money won’t go round the SE landmass in terms of solid  infrastructure in few years.
This is only oil, not Gas, nor Coal, not taxes, not import duties only Oil. This is only What the South East states contribute not Igboland, of which Rivers and Delta states are part of among other states.
So what does Igbos represented by human resources and Igboland representing mineral resources contribute to Nigeria?
The truth is every region in Nigeria contributes its own quota towards our development no matter how little.
But then things need to be done decently in this country otherwise a smaller country will emerge. Remember a quality smaller pie is way better than a bigger rotten pie.
Is Nigeria a Zoe?