Richest comedians in Nigeria: They may be the b*tt of their jokes. They could do anything but be serious. But they’re no fools. While you smile at home, they are rocking and dancing Skelewu to the banks! From obscurity to fortune, these comedians are the biggest in the game.

5. AY Comedian Comedian Call him a master of the arts. You won’t be wrong.

He’s a lover of taste and distinction- and maybe money too! His AY Live annual show fetches him around N160 million. In popular demand, AY collects between N1 to N2 million per event, while his annual income is put at N280 million, with a net worth of N800 million, AY can surely boast of exotic cars and choice properties.

Also, his 30 days in Atlanta has been dubbed the highest grossing Nollywood movie ever.

4. Julius Agwu He is a genius. No doubt. Book publishing in Nigeria could be anything but money spinning. But Julius defied the odds. His book, Jokes Apart fetched
him N20 million.

A humor investor, Julius is the CEO of Real Laff entertainment, organizers of Crack Your Ribs
and Laugh for Christ’s Sake. These events bring him N140 million annually. With a performance fee between N2 to N3 million, his net worth is N1.5 billion, including
properties scattered across the country. He’s indeed a money making genius.

3. I Go Dye He’s a UN ambassador. But he hardly banks on that! Beyond thrilling his admirers, I Go Dye is a
consummate businessman. He owns Revamp Construction. Revamp deals in real estate, property and
road construction. His annual take home is between N350 and N500 million. With a net worth of over N2
billion, I Go Dye is not done. Not yet. Franstel Bottle water is in the works.

2. Basketmouth He’s basket mouth, but so is his business appetite. More than any other Nigerian comedian, Basketmouth remains the toast of reputable brands in Nigeria. He pockets over N120 million annually
from his endorsement deals. He gets N100 million from his Basketmouth Uncensored show. With an income of over N360 million, his net worth stands at N2 billion.

1. Ali Baba the King! A jester extraordinarily, but
a serious businessman too. His Lekki home alone is valued at over N300 million. Dubbed the father of
modern Nigerian comedy, he’s the delight of politicians and the big boys in Nigeria. His appearance fee stands between N4 to N5 million per event. And he’s sure of
two events per week: Bringing him to N400 million per
annum. With a net worth of over N3 billion, little wonder
he remains the kingmaker of Nigeria’s comedy industry. 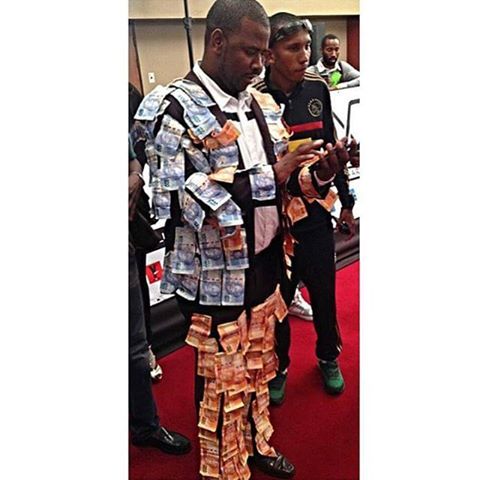