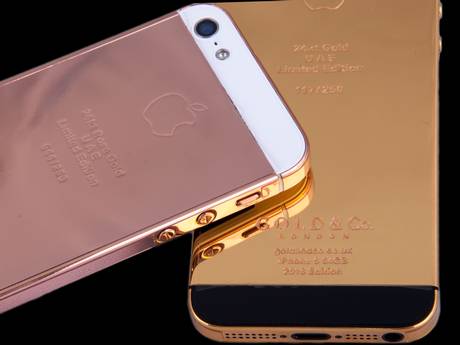 Spot the difference war between Java Phones and Iphones

There was a time when having a Nokia 3310 was like being crowned king or being made a president of a country, especially here in Africa. That time people were content with just making calls and receiving text messages with their phones. Suddenly the phones became very heavy and uncomfortable. In came new and more user friendly phones. Portable, flexible and more comfortable. Yet some users were not yet satisfied, despite those attributes the phones still lack something; “superb Internet connectivity” amongst other things. In came Java, and phones started browsing the Internet with ease. The integration between Java and phones made it possible for those phones to accept Java enabled ad ons like apps and games and increase its functionality.

With the arrival of more efficient phones such as Symbian, Windows, Android and iPhone among others, it has made Java enabled phones to face stiff competition, with many users opting to use the latter. Why? you may ask why are people leaving Java phones and switching to Android and others?

Well many factors are responsible among them are its features, design and popularity.

Java phones seem to be lagging behind compared with its counterparts, for example both Android and Symbian phones have many features, that Java phones don’t, its designs are very good, fitted for user’s comfort, super fast touchscreens, faster Internet speed and superb browsing experience, good screen resolution and superb gaming experience. Yes some new Java phones currently in the market has some of the features or even all, yet non-Java phones are still gaining the upper hand, it has became more popular.

People’s altitude to Java Phones now can be called “hate” why? I think the main thing why people are buying and using Windows, Android, iPhone and others at the expense of Java is because of one major factor.

Java Phones lacks the minimization capability that other competing phones has. That perhaps may be why people are leaving Java phones and that is why they are going down falling so to speak.

You might be wondering what a “minimization” function is, well a minimization function in phones is the ability of a phone to switch from an opened application or task  to another without closing the first one; multi-tasking in other words. Just like your computer you can minimize what you are working on to work on another.

Until when those problems are addressed Java phones will continue it downward slid. I’d hate to see it go or vanish like its predecessors the “Dumb phones” example the Nokia 3310 did, but sadly that is what will happen if the problems are allowed to continue. Windows, Symbian iPhone’s, Apple and others will continue to overwhelm Java Phones.

Nokia one of several giant in phone production, is pioneering what I call “Java-Symbian” wave, or simply feature-smartphone, (multi-platform phones)i.e an ordinary feature phone (mostly Java) having the capabilities of a Symbian and other advanced smartphones. Such phones can be seen by the new Asha phones being manufactured, some X series phones like Nokia X2 and many others.