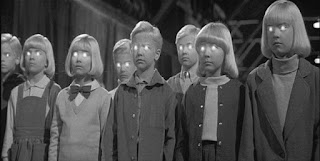 If the activities are like the dynamics/power-house of cultism, the organizational structure is the architecture of cultism.

So, who is the member’s cults in Africa especially Nigeria? Who can become members? Any student who is not physically disabled or born-again Christian is qualified to be a member. Variously called civilians, Jews, lubbers and many nicknames every student is a target for recruitment. It has been said, however, that secret cults target the children of the wealthy, the professionals and highly-placed official in the society. It is surmised that the family name and influence would be used to protect a scion from dragging their name to the gutters.

Moreover, such members will be able to produce the “Lalas” or “fingers for chopping turbo”. This is true but quite often members come from poor families especially those with an urge for upward mobility. Because of an inner urge to subvert, the cults target intelligent young people as if determined to lure them away from concentrating on academics.

An example of influence-peddling could be garnered from the following report:
“From- B.E Romania
To- GE, BAN

On Feb 13, 1990, there was a musical show at the school auditorium. During the course of the show, a canister of tear gas was thrown into the auditorium by some boys who are members of the Viking Confraternity. Consequently, their names were given to the Chief Security Officer by students and the Security started investigating the incident.

On Feb. 21, 1990, a lord, Tiger Tanaka, was attacked by some members of the Vikings Confraternity across the school gate.

Apparently, the security investigated the attack. The Viking boys lied and accused the Sea Lord of attacking them. A was set up and certain lords were invited including Acid De Dagger, Jaguar de Nana, Dirty Koroko, Simple De Komplex, Virgin de Breaker, Tiger Tanaka, and others, the report continues
“On April 12, 1990, expulsion letters were handed out to the lords that appeared. The lords consulted some lawyers Obunsen, R.I Esq and Nwakanwa, B. Esq. on this issue of expulsion and proceedings against the school were started. Dirty Konoko’s father had earlier on met the head of the pane, a Professor who is a friend of his.”

Finally, the cult lords won and the expulsion was quashed. “Alora/GE, right now everything is under”.
Surely, the membership of Dirty Konoko proved most helpful in rescuing the operations of Vikings and Buccaneers in Abia State University, Uturu, in 1990. The use of influential people, parents, uncles, patrons and suck-like to buffer the cults is a most interesting phenomenon. It is as if these young people explo4t the inner contradiction of the social system to subvert it. Since the culture of the “Big Man” engages in influence peddling, corrupt value system as the touchstone of their anti-structure expression. Adults are manipulated to call black, white and vice versa.

Thus, the Chairman of a Panel, a University Law Professor subverts the decisions of his Panel. Quite often, they target students who are politically conscientized or under the tutelage of left-wing academics people who are angry with the system and who would yield easily to subversive rhetoric and practice.
Moreover, it is known that the children of the wealthy are prone to be indisciplined and keen on escapades.

Membership in the new cults is no longer based on good academic standing. The Jaw-Jaw (interview) exercise is used to gather extracurricular information on the corruptible social network of individual, experience in delinquency and any other resources which could be used, for instance, experience in occultism and herbal medicine. A “civilian” is someone who intends to join the subversive squad.
This article is part of series of posts on cults in Nigerian University System