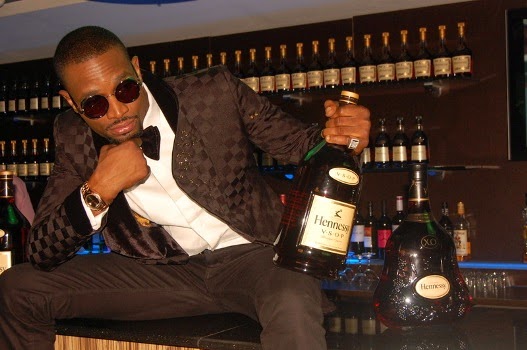 Prior to this, Hennessy has been choosing other top musicians like Ice Prince, MI, Naeto C, Eldee, Banky W and the legendary Sir Shina Peters to mention a few.

As the date for the grand finale of this year’s show draws near let’s look at the music artist who is set to light up The Federal Palace Hotel in VI, Lagos.

What is the Hennessy artistry project all about?

You don’t need a sooth-sayer to tell you, that the project is all about advertisment in form of promoting the Hennessy brand through music. Hennessy Artistry is also a worldwide musical platform organized by Hennessy to celebrate the vibrant multiculturalism of different genres.

D’banj whose full names are Dapo Daniel Oyebanjo is a Nigerian music singer, songwriter and recently producer (following his split with Don Jazzy) who was born on June 9 1980. D’banj has won many awards back home in Nigeria, also in Africa, Europe and the rest of world.

His awards include:
Best African Act at the MTV Europe Music Awards 2007, Artist of the Year at the MTV Africa Music Awards 2009, and BET Awards of 2011 for Best International Act; Africa.
Key Songs:
D’banj has lots of key songs among them is Oliver twist D’banj is currently best known internationally for his 2012 summer hit ” Oliver Twist”, an uptempo dance fusion of Afro-Beats and electronic dance music that topped the African charts 2011 and was a top 10 hit in the UK singles chart in 2012 reaching #2 on the UK R&B chart.

Wishing the koko master good luck in giving African’s the show of their lives come 19th of October.