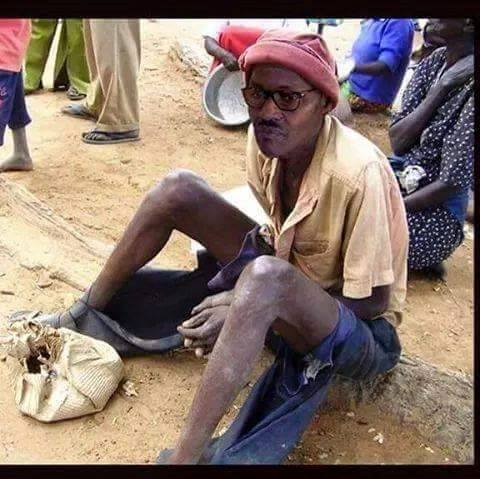 This picture is been circulated on Net, depicting Nigeria’s President begging.
And by now President Buhari has seen it, here is how he reacted
“He reacted by being humble, people were expecting him to give in to the social media bill, but he didn’t, as he called this bluff, because to him,  has never begged before nor will he ever beg” they say a clear conscience fears no accusation.

The source?
Latestnaijagist.com did some investigations in order to find the source and we came up with this
– the picture is a product of photo editing,
– such pictures are produced in order to force the president to give in, and pass the social media bill
– the photos are a handi work of one Senator