Senators voted to amend Nigeria’s constitution on various bills, here is how they voted.

For Yes in Majority

Members of the Council of States

Immunity for legislators for Acts in Course of Duty

Time frame for submission of names of ministerial nominees

Submission of Ministererial Nominees with their Portfolios

35% affirmative action for women as ministers

Submission of Commissioners Nominees with their Portfolios

Appointment of Minister from the FCT

Restriction of the tenure of President and Governor

Submissions from the Judiciary

Reduction of Age for Election

Deletion of the National Youth Service Corps decree from CFRN

Deletion of National Security Agencies from the CFRN

Deletion of land Use Act from CFRN

For No in majority

Below is the detailed breakdown of number of votes, the bills voted for and against. 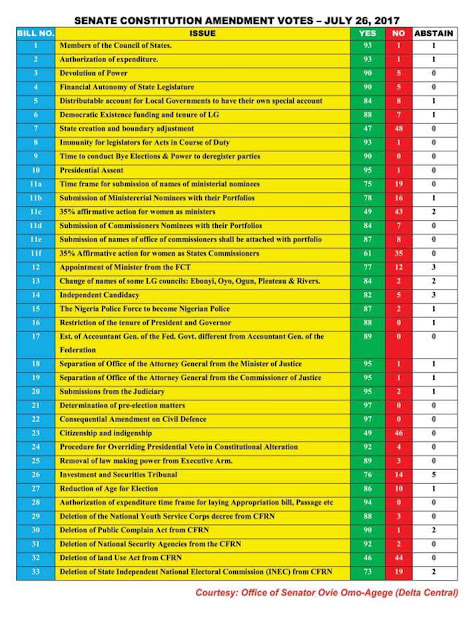