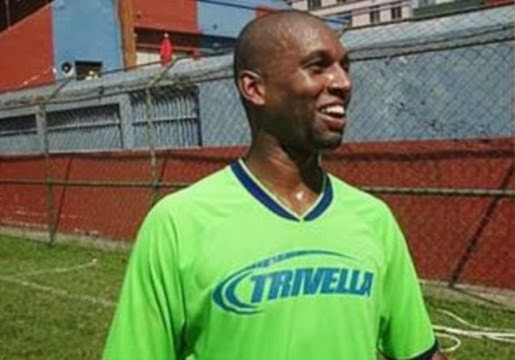 The football city of Rio de Janeiro waked up to a shocking story as a severed head of Brazilian footballer was discovered in a bag in front of his step. According to police the players eyes and tongues was cut off as his head was dumbed in a rucksack, meanwhile police have started investigation.

Joao Rodrigo Silva Santos the dead man, how it started

The horrified wife of Joao Rodrigo Silva Santos, age 35, made the gruesome discovery as she left the house in Rio de Janeiro for work early yesterday morning.

Mr Santos retired from football two years ago after a successful career playing for several teams in Rio de Janeiro, as well as for clubs in Sweden and Honduras. He had recently set up his own business selling health foods and dietary supplements. Police said today that Mr Santos is believed to have been snatched from outside the shop he had opened in the Realengo district of Rio as he closed up at around 7.45pm on Monday.

Witnesses said they saw several men bundling him into his car, a Hyundai i30, and speeding off just before midnight, a spokesman said. He was reported missing by his wife at 9pm on Monday.

Mr Santos’ played as a professional footballer between 1996 and 2005 – during which he scored 33 goals in 103 matches as a striker. Nicknamed Humble Hero, he was signed to a number of second division teams. He also played abroad for Swedish Club Oster Vaxjo and Olimpia in Honduras.