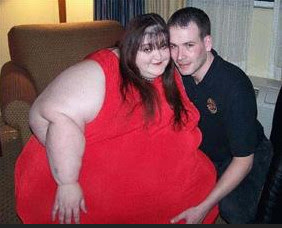 This lady in red A woman in Cleveland pleaded guilty to sitting on her 120-pound boyfriend, Mikal Middleston-Bey, and killing him.

pleaded guilty to involuntary manslaughter for the deadly domestic dispute. Landingham and Middleton-Bey had three children together, and her lawyer told the judge that the couple had a history of domestic abuse.