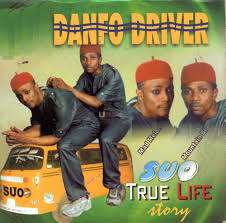 ” I’m a danfo driver shu, shebi you be danfo driver” this are the lyrics of the song that was an instant hit during the late 2000’s. Back in Nigeria and even outside the country this particular track can be heard all over the streets of Lagos, “Danfo Driver” spread to many countries by virtue of Nigeria’s population and its citizens living in Ghana, Benin, South Africa, UK, US and other African and non-African countries and thus Black Melon and Mountain Black was made popular.

The music duo of Black Melon and Mountain Black are Lagos based music artists, whose rise to prominence comes from their debut album “Danfo Driver” which the two sang together along with a female backup art.

Danfo Driver is a hit track in an album which include songs like “Iya me” and others. Danfo Driver helped M & B as they are called into the Nigerian music industry, the single track sold many albums and so they became millionaires overnight.

Where are they now? Are they dead or is the new and more energetic music acts driving them out? The likes of Terry G, Iceprince, African china and others won’t want the competition. Anywhere they are now hope they’ll come back we miss the Ajegule beats though the music industry has changed a lot.

One thought on “The Danfo Drivers| Nigeria’s Mountain Black and Mad Melon Where are they?”