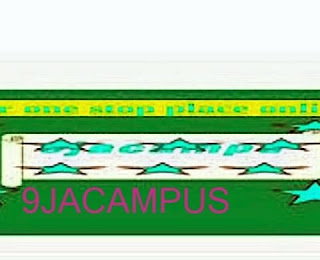 It should be noted that HND and B.Sc/B.A/B.Agric/B.Tech/LL.B/B.Fisheries/MBBS/DVM are different and the dichotomy must be emphasized.HND is a technical diploma. It is technically not even a Degree but a National Diploma. B.Sc and its other appellations are the recognized standard for academic, theoretical and career based jobs and appointments. That is not to say HND cannot be used. It is just that HND is better off for handy middle-level and technical jobs/careers. The whole essence of HND is to make sure that there are middle-leveled skilled people in the society that can be called upon and relied on for their technical expertise. University graduates are seen as having done a theoretical study with much intellectual rigor and are, thus, deemed to have a high intellectual acuity for certain professions and careers. This must be known and not relegated. No matter how much sentiments come in and no matter how much we try to equate these certifications, the sacrosanct fact is that they are not the same. As long as one is a “Diploma” and another is a “Degree”, they can NEVER be treated equal and same.On the issue of Shell equating HND with Third Class, It should be noted that HND is not seen as an intellectually inclined degree but rather as a technically inclined diploma. Having a Distinction in HND only proves that you have an excellent technical expertise, perhaps even beyond that of University Degree holders. However, this does not translate into the fact that you are intellectually buoyant enough to stand a University First Class product. It doesn’t add up. For one, our Nigerian Polytechnics operate a 4 points GPA system as opposed to the 5 Points used in our Nigerian varsities.Secondly, the units of courses taken in HND programmes are far lower, both individually and cumulatively, when compared with a University. Thirdly, the course contents in Polytechnics are peripheral and elementary as opposed to that of a University Fourthly, the caliber of academic staff and their standing is much lower than that of a University. For one, a Polytechnic cannot have a Professorial Cadre! Polytechnics usually have substandard facilities and make-shift labs and instruments. All these come together to haunt the graduates of Nigerian Polytechnics.The solution to all these bifurcations is easy. Polytechnics should be made to award a B.Tech rather than an “Ordinary” or “Higher” diploma.Polytechnic facilities should be overhauled and made to standards. The Professorial Cadre, alongside its competitive and cumbersome “floating” process, should be introduced to the Polytechnics. Polytechnics should employ the 5 or more Points GPA system and courses should be well developed, standard and carry higher units! In fact, the term “Polytechnic” should be hijacked from parlance and replaced with University of Technology or any other soothing appellation. We should always strive to follow the UK pattern in our technological pedagogical system.Finally, on the issue of ostracization and stigmatization, I believe it is only Nigerian Legislative Bodies that can end this once and for all. As long as they are comfortable with it, nothing will change! Let’s just stop flogging this issue and look forward to better things! This issue has been discussed, ignited and quenched severally since Nigerian employers’ decisions to employ preferential treatments! It is time we either take drastic measures or simply let it go as we have always done.