Skip to content
Nigeria Features
March 7, 2017 Gist Africa 0 Comments
News had been going around about the former head of state’s death. They said that the Nigerian Television Authority reported his death.
Some online news website reported that General Yakubo Gowon died at the age of 79 years.
Well here is the truth, NTA reported the death of Gowon’s sister not Gowon himself. According to Nigeria’s foremost TV station his sister died at the age of 79 years in Kaduna state Northern Nigeria. 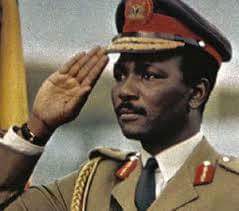