Skip to content
Features Shocking Stories
January 29, 2017 Gist Africa 0 Comments
South Africa like every other African country have its own good, bad and ugly side. They have their own rich side, with new and old money flowing in the family. 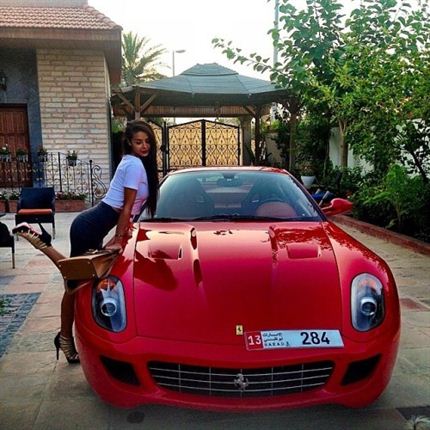 Though there are quite a few that made their money through hard work, others money were handed down to them.
Majority of them have no business of their own, they totally depend on their parents for the luxurious lifestyle they show case, you can call them lazy.
Today we are going to see the top 10 richest kids in South Africa, their net worth and if possible source of money. This are the rich kids in South Africa.

One of the richest kids in South Africa, Bob is seen as a calm and collected individual who loves his designer clothes even more than his cars.
Bob calls Silver Lakes in Pretoria his home, he is well-known for partying, some say he was among the first to drive Mercedes Benz A45 AMGs with sport personalized number plates in Tshwane.

Brother to Don, they both rock party together, painting Pretoria red. Unlike Bob Don loves cars, he is also stubborn and many times goes against his rich daddy wishes.

He drives Mercedes Benz A45 AMGs and sport personalized number plates. And have over 30 luxurious cars in their family house.

Nape, whose love for watches is well known, he is also known to display his family’s luxurious home and costly cars ranging from several Mercedes Benz vehicles as well as a G wagon, Porsche and F-type Jaguar.
He is like 6’2.

Reached the last 16 on Idols, where the 16 year old creativity was tested. Based in Pretoria SA, the 18 year old enjoys partying and hanging out with entertainment elites.

Some call Alekssandro a small brat, others called him a spoiled brat, many believe that he is arrogant, but he says that it is confidence.
Whatever he is, the fact still remains that he is rich, he even goes around with a driver vowing not to touch any steering until he buys both Bugatti or Lamborghini.
Alekssandro’s reasoning is that he believes in the power of attraction and the only steering wheel he should touch are of those cars. Well family have what it takes to make that dream come true.