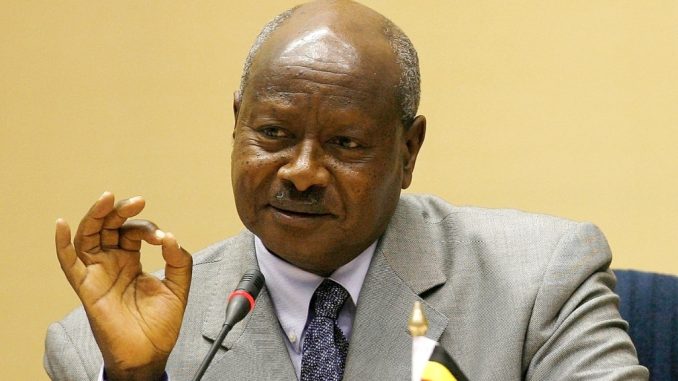 Entertainment Features Freemason Shocking News
August 2, 2018October 2, 2018 Gist Africa 0 Comments
The free mason group has been making headway in Africa as, the movement is gathering steam most people are joining up in droves.
When it comes to popularity in the continent after Illuminati you’ll hear of Freemason before even church of Satan.
But unlike the Illuminati or Church of Satan the Freemason confraternity is 100% real no conspiracy theory here.
The Freemason mod operandi is quite different from the other two popular confraternities in the  continent. They operate mainly for protection, as most of their members are public figures and highly placed individuals, people who are Presidents, Senators, rich celebrates etc.
Some wear rings, some do use symbols and other forms of identification they may decide to adopt. So here are the top rumored Freemason members in Africa
1. President Yoweri Museveni of Ugandan : A country that has strong men like the late Idi Amen can boast of yet another strong man in, the current Ugandan president Yoweri.

The most powerful man in  Uganda, has something backing him, it is said he heads the Masonic secret cult in his country. Mr President has been known to use the Freemason hand sign just like the one in the picture whenever he gets the opportunity.
2. President Nana Addo Dankwa Akufo-Addo The strong man of Ghana, he is one of the best president to have come out of Africa, a man that repositioned Ghana in the positive direction.

Like his compatriot  President Buhari of Nigeria he has made fighting corruption one of his focal point, but unlike Buhari he actually means it, even if it is his family or same political party, while doing that he has stepped on some big shot in the Illuminati order, but he is masonic so he probably got protection.
It is rumored that he the leading Freemason member in Ghana.
3. President Macky Sall of Senegal : Mr Macky Sall is a man that is humble but harsh at the same time, it is one of those that is confident and assured. He has power and may not have to vacate  power for a long time, going by the assurance Freemason worldwide is given him.
It is said that President Sall is a leading Freemason member in Africa, he even introduced French President to the  masonic confraternity. The signature black eyeglass is a sort of protection.
4. Don Jazzy : Mavin’s boss and the owner of the biggest single owned record label in Africa is said to be a strong member of the Confraternity in Nigeria.

Some gist has it that they gave him conditions especially on marriage that he will only marry a leading female member of Freemason, otherwise he will lose his protection.
The Phoenix chain is one of the expensive accessories of the Freemason, and Don Jazzy wears it often.
5. Senator Lucy Gichuhi : The beautiful Kenyan born lady is one of the people doing Africa proud.
The woman who is a senator in Australia, is known not just only in Africa but the world too. She is said to be a leading black Freemason member in Australia.