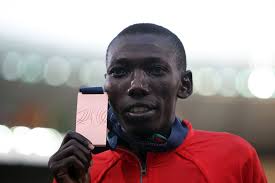 Freemason Kenya Shocking Stories
August 17, 2018October 2, 2018 Gist Africa 0 Comments
The Freemasons believe that every common man, peasants, farmers or ordinary citizen deserves to be provided an equal opportunity to excel with the rich and the ruling class.

That was the main objectives of the founding fathers of Freemason they didn’t like what the rich Lords were doing to their land workers it is something like being a slave in everything except by name. So come the Freemason to help get some rights both for the elite and the rest of the common folks.

Though the objective and ways of the Freemasons have somewhat changed, they still maintain that tradition, everyone can rise to any rank provided you work hard.

In Africa, the masons are gradually making serious inroads especially in West, East, South and Central Africa. Unlike secret associations, they Freemasons are not overly secret they do things in some certain ways that the public may be misunderstood.

10 years ago no local person have heard that name before nor do they know what it means, the masons didn’t exist, even if they do they are insignificant to notice, the little that are members are of but born abroad example Obama Senior, the father to the ex-president of US Barack Obama.

Fast forward to the current year and time, people are in the know. So are members now multiplying in the country, both rich and poor.  Kenyans who are members like to keep it private unlike the developed countries were they come out for the whole world to know where they belong, they even use their different forms of identifications like the rings for instance.

The ones in Kenya claim to fight for the downtrodden, they claim to assist those that need assistance, help those who need help, some have gone to politics as they believe they stand a better chance in helping people when they are in position of power, whether that is the case we don’t know, but time will tell of course.

Though there are members who by actions or direct admission show that they belong, that they are part and parcel of this group. Who are these Freemasons in Kenya? They are

Here you have it, there may be many more but these are the more popular members in the country.

Note: Some of the above-listed names have not been fully confirmed as regards their membership.