Skip to content
Africa Top List Uganda
October 11, 2017October 2, 2018 Gist Africa 0 Comments
Some say churches this days are business outfit, this is why the head of so many churches in the world today have lots of money, expensive properties, like real estate scattered through out the country and the world.
The have properties every where, you to Mbarara, Kabale and many expensive places.
If you come to such things as cars, you will see that Ugandan pastors has lots of exotic cars, even some has such things as private jets.
So here are the top pastors that are wealthy. 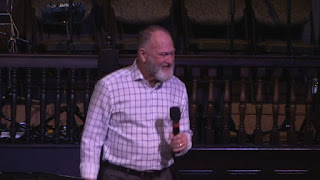 Church : Kampala Pentecostal Church
He started 1984, with a simple church on Kampala Road. But now KPC has five branches all over the and a congregation of hundreds of thousands. It is now named Watoto with the branches categorized properly like Watoto East located in Namanve Kazinga, Watoto North in Kisaasi and Watoto West in Kyengera.
Pastor Gary has lots of properties among which is a multi-billion mansion in Kawuku, Bunga on the shores of Lake Victoria seated on three acres of land.

Church: Rubaga Miracle Centre cathedral
He is the brain behind Kapeeka Orphanage and Primary School. Hime has a television station Miracle TV Channel 44.
He owns a big mansion that is seated on three acres of land on the shores of Lake Victoria in Kawuku Bunga.
He also has another in Ntinda. His car collection are  posh a land cruiser, Lexus and Range Rover Vogue.

Church : Mulago based Synagogue Church of All Nations
Samuel  has shares in Bank Of Africa, he is also in agric, farming and ownning vast acres of maize and rice farms in Masindi.
When it comes to prooerties, he owns two posh mansions; one located at Muyenga Hill valued at Shs3bn and another in Ggaba valued at Shs2bn.
He owns posh cars which include Range Rover sport and Jeep Cheeroke and others.