Figures released by the National Bureau of Statistics (NBS) on Wednesday, August 31, showed that Nigeria had officially gone into recession.

The NBS figures showed that in the Gross Domestic Product (GDP) for the second quarter of 2016, Nigeria’s economy contracted by 2.06 percent.

The country’s economy shrank by 0.36 percent to hit its lowest point in 25 years. The second quarter report makes Nigeria’s economy the worst in three decades.

The recession appears to have further stimulated more suicide cases across the nation a report by New Telegraph suggests.

In the last six months, seven out of the 36 states of the federation sampled, have recorded over 62 cases of suicides according to statistics from the various police commands.

The report stated that Ogun and Lagos states have the highest figures of 25 and 12 respectively.

Below are the seven states with the highest suicide cases in Nigeria as reported by New Telegraph.

The Acting Police Public Relations Officer (PPRO), Abimbola Oyeyemi, has confirmed 25 awful statistics of suicide deaths in Ogun state. On Tuesday, August 16, a housewife identified as Mrs Omolola Atejioye hung herself inside her apartment in Ilishan-Remo, Ikenne local government area of the state.

The tragic incident shocked many residents as the deceased did not leave behind any suicide note. Atejioye, aged 35, tied herself to the ceiling in one of the rooms in the building located along Ago-Iwoye road in Ilishan-Remo. The husband of the deceased, Ayodele, reportedly returned from work about 5:30pm and found her wife dangling in the room.

Why she took her own life could not be ascertained as neighbours gave different accounts about the incident. While some point to health challenges, others claimed she incurred some debts and was struggling to pay back, without success.

In Lagos state, the PPRO, Dolapo Badmos, a Superintendent of Police, also confirmed that 12 suicide cases and five attempts were reported to the command in the last six months. Worried by this trend, Badmos said, what is important to the police is to find out why people would want to commit suicide.

She said there is the need to educate those that did not succeed to see reason that killing oneself is not the best way out of any problem. “We can prosecute anyone who made attempt to kill himself or herself but that seemed not to be the solution.

“The real solutions lie in finding out from such persons the reasons for such an act and talk them out of it. We always advise victims’ families of victims to monitor them closely because those who commit suicide do so out of depression and frustration ranging from marital, economic, loss of job and some other vices.”

Also in Ebonyi state, no fewer than 10 persons have committed suicide with the latest being a 36-year old man in Mgbaleze Isu Community, Onicha local government area of the state, Chijioke Ani, who hung himself in his farm. The state PPRO, DSP George Okafor, confirmed the incidents.

His words: “Yes, it is true that a man killed himself at the farm. He did not leave any note behind so, it was difficult to ascertain what could have led him into the act.”

Before Ani’s case, Ogonna Obaji, a 22-year-old man from Umuezeukwu community of the same local government had equally taken his life.

According to his mother, Nkpuma, Ogonna, popularly called Best finished his secondary three years ago and moved to Lagos to join his brother but developed mental problem along the line. She told Saturday Telegraph that Ogonna had tried to take his life with knife and was saved on many occasions.

“I left Ogonna with the father in the house and when I returned home, I could not see him. I started looking for him and raised the alarm which attracted our people. We searched for him and later saw him dangling on a tree.’’

Earlier in January, a 19-year-old teenager girl, identified simply as Chiamaka, also committed suicide. She was said to have been impregnated and abandoned by her lover boy. Chiamaka took her life in her residence at No. 17 Nwike street Abakaliki.

In Delta state, about four reported cases of suicide were recorded by the state police command. The PPRO, SP Celestine Kalu, confirmed the incidents. Those reported were that of a 26-year-old student of Delta State University, Abraka, Evelyn Mogekwu, a woman, identified simply as Jane, who was said to have committed the act after her fiancé abandoned her for another woman.

The other incident was that of a student of the Delta State Polytechnic, Otefe- Oghara, Miss Oritsegbubemi Udu. While Evelyn was studying Microbiology at DELSU, Oritsegbubemi was an ND II student of Otefe-Oghara polytechnic.The name of the fourth victim was not given.

Jane, a graduate of economics from University of Benin, allegedly took her life due to frustration after she was jilted by her unidentified boyfriend of seven years.

Oyo, like other states, recorded four cases of suicide within the period under review. On June 26, a 10-year-old girl, Kudirat Raji, was said to have surprisingly committed suicide in Ibadan. She was residing with her sister at 19, Bumoye Street, Benjamin area, Eleyele, the Oyo state capital. Raji was sent on an errand within the house, but did not return on time.

She was later found to have hanged herself with a rope tied to the window burglary in the house. Just like Raji, a 35-year old commercial motorcyclist residing in Oyo town, Jimoh Yusuff, also committed suicide on July 2, after reportedly killing his wife, Adeola. Yusuff was said to have strangled his wife to death after which he ingested rat poison and died at the General Hospital, Oyo.

There was yet a similar tragedy on August 4, when 48-year old ex-NEPA staff committed suicide in his house at Ayegbami Zone 7, Idi Ose along Akanran road in the Ona Ara local government area of Ibadan. Adepoju was disengaged from the establishment at Abeokuta two years before his death, but his wife said he had not been paid his entitlements.

The deceased however left a three-sheet suicide note indicating that he was suffering from a chronic disease. Aside that, another 54-year-old woman, Oluwabunmi Oluwafemi, also toed the same shameful route on August 29, in Ibadan, by hanging himself on a tree.

The deceased who used to reside in Bembo, Apata area of Ibadan, was said to have gone to spend the weekend with her first child, Opeyemi, in Olugbode, Odo-Ona area of the town before the calamity.

Unlike other homicide offences, suicide cases are not usually reported to the law enforcement agencies in Ondo state, according to the police. Nonetheless, the PPRO, Femi Joseph, confirmed one reported case in the last six months to the state police command.

The deceased, whose name was not given, was a male from Owo local government area of the state. Joseph told the New Telegraph that the man was found dangling at the ceiling of his one room apartment in the town. The PPRO, however, said people are not reporting such cases to the police because of the traditional perception about suicide as, according to him, they prefer to report such incidence to traditionalists.

And in Kano state, about six victims were recorded, according to police statistics. The six cases had to do with depression, the police further said. Sara Imoleayo, a 400 level student of Bayero University Kano, was among those that took their lives.

Another, who was identified simply as Dauda was overheard complaining of economic hardship on many occasions slaughtering himself with a sharp knife. The remaining ones, Kumbotso, Madobi and Kwakwachi, one of our correspondents gathered died because of excessive poverty. 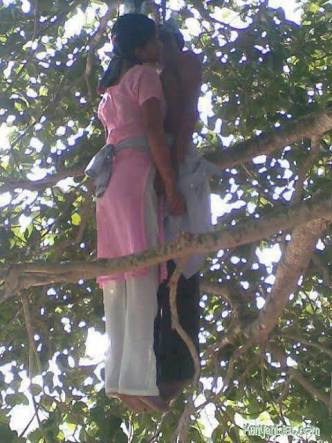