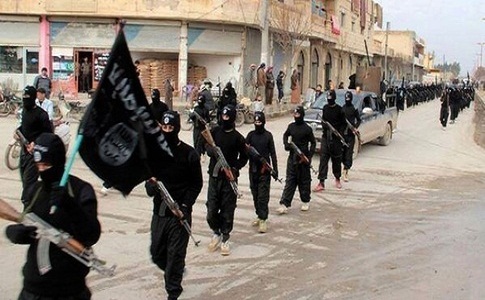 With Nigeria in Turmoil especially with the Boko Haram issue in the North and the Biafra agitations in the East is no surprising that the International community is set to turn the West African country into a battle ground, in to the 21st century Buma.

According to Secure State Security an underground independent security outfit that is committed to the service of humanity, they have it that Islamic State are collaborating with Boko Haram terrorist in Nigeria, to secretly transfer their ISIS leader

to  Nigeria, this is to avoid him being affected by the constant bombing of ISIS strong holds as it is believed that the Caliph is a direct descendant of prophet Muhammad and shouldn’t be allowed to die until the West and non-muslim countries are destroyed or converted.
The movement of Weapons and other logistics to Nigeria will be secretly handled by Turkey, to protect their illegal oil trade with ISIS.
According to SSS if this were allowed to happen, Russia will eventually get wind of it and as to be expected will coordinate air strikes in Nigeria, thereby violating Nigeria’s airspace, Turkey will offer to help and if Nigeria agrees things may get messy. This could also spread to Chad, Niger and Cameroon.
SSS named the weapons to be moved to Nigeria include pickups carrying RPGs along with functional military with tanks, armored vehicles, artillery, and anti-aircraft capabilities.
How and when is still unclear.