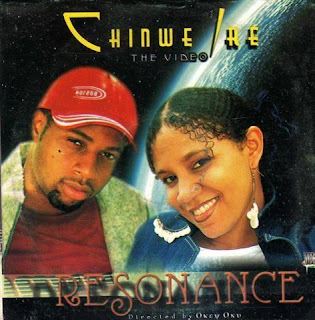 30th saw one of Nigeria’s finest musician Ice Prince by name, win the “best African Act” award at the 2013 BET award held at Nokia Theater Los Angeles. Beating fellow countryman 2face Idibia, and a host of other music stars all over Africa, and in the process rub shoulders with the likes of Chris Brown, Ciara, and other US music artists. This was actually the fourth time Nigeria’s music artists have done so, not to mention countless awards they’ve won in Africa and outside.

This goes to show that, Nigeria’s entertainment industry especially music and indeed the main players, the artist themselves have come a long way. The industry is growing fast, and speeding like a speedboat, in the process has dropped some people on the way, some musicians are left behind, in this industry their silent slogan is now “if you can’t cope you get left behind”.

For example, where is Nigeria’s Blackface now? One of those musicians that the industry has overtaken is the group known as “Resonance”. What happened to them?

The group known as Resonance was made up of two different individuals male and female with two different styles. The male, a rapper the other is an excellent singer with a voice that can be compared with the likes US Ciara.

The duo of Esther Abigbo also known as ‘E-Star’ and Uche ‘Gucheano’ Ozoigbo, formed Resonance back in 2006 in Enugu eastern Nigeria, with a focus on gospel music. Their debut album “Chinweike” means God is great in English sold many copies, and was an instant hit in Nigeria and beyond. It really set them off, winning many awards in Enugu and Lagos. Their future was bright, they’ve everything going for them, they were even tipped to overtake the likes of P.Square, D’banj, and Samsung, gospel or no, suddenly they vanished.

Where are they now?

Perhaps understanding the album that shoots them into limelight will shed some light.

Chinwe Ike is an album with eight tracks, a one of kind album, different from other gospel music produced before or after. The excellent vocals and raps coupled with excellent beats helped create what I consider Nigeria’s best gospel music till date.

The tracks appeal to everyone, all age bracket. The album sold more copies in Nigeria and outside than Timaya’s debut album, making it one of the highest selling gospel album back then.

Looking at the album, especially if you’ve played or watched the video of any of the tracks, you’ll notice that the female singer tend to be both leader and head of the group at the same time, somehow pushing aside her male counterpart. This single act amongst others is what led to their break-up, which in turn led to their vanishing, proving the holy bible correct “two are better than one”.

Many reasons can be given on why this fantastic music group broke up some of the facts some fictions. But there are facts which stand out and can be pointed at the arrowhead of their break up. Some are
* Yes they are related but not like brothers like P.Square, they’re rumored to be cousins. Since they’re not related closely disagreements are bound to set in.

* At least one of them is greedy. Why else will he/she leave a group that is bound to make millions?

* One of them possibly the female takes all the credit while the other does all the hard work.

It has been seven years since this lot vanished from the limelight, not because they want to but because they’ve broken up and went solo, just like the late Prof. Chinua Achebe wrote: “Things fall apart and the center can not hold”. Things have actually fallen apart for Nigeria’s Resonance since they went solo. Esther and Uche right now are nowhere to found in Nigeria’s music industry, the speedboat has simply overtaken them. Yes, they’ve tried coming back, Esther releasing Ifunnaya and Udo, but compared to Chinweike, those two are nothing.

The truth is the only reason we heard about those two songs was that of that album Chinweike, in other words, she is walking in the shadows of Resonance.

In life, some learn things the hard way, while others simply learn from the mistakes of others, in this case, Esther and Uche learn t their lesson the hard way.

Don’t be selfish only looking out for yourself, don’t be greedy, yeah don’t be because life is not all about the money. Above all things love others as you love yourself. If you ignore this you just might end up like this dropped group.