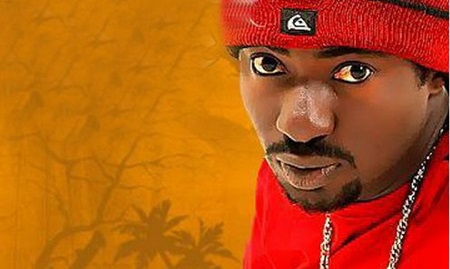 Entertainment Missing 9ja music artists Nigeria entertainment Nigeria's Celeb
August 14, 2017October 2, 2018 Gist Africa 4 Comments
The music sensation and indeed the wind sweeping through Nigeria’s music industry is something which should be looked into.
The wind have blown some Nigerian musicians away, included is one man who has come a long way in singing and doing music, his name is Blackface. 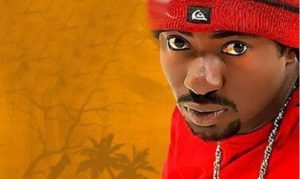 So where is Blackface? Is he sleeping? Is he dead or have the wind blown him away too? where is he once more?

Too many questions begging for answers, but first lets get to know Blackface.

Who is Nigeria’s Blackface?

Blackface whose real names are Amedu Augustine Obiabo was born and raised in Benue State of Nigeria, he was from the Idoma tribe.
He attainded Institute of Management and Technology Enugu, IMT, where he meet Innocent Ujah Idibia widely known as Tuface, who accidentally was from the State and from the same tribe, they hit it off and became a group with Chibuzor Nnaji known as Faze becoming the third member of their group known as the Planteshun Boiz.

A group formed by three different individuals with three different styles of music, Tuface an excellent pop singer then, Blackface a reggae specialist, and Faze backing them all up with a strong and excellent vocals. Out of the three Faze was the most talented in the sense that he can combine, both styles with his own. Tuface was the most successful having set the record as the best 9ja muscian to win many awards, though P.square are pretty close. So now what about Blackface? Blackface got talent there is no doubting that, but he is too busy playing Boss and fuming over the break-up of his group that he can’t move up.

Is painful seeing what you’ve worked so hard to build go down the wire, that’s what happened to Blackface, he founded the group Platenshun Boiz, which grew to become the best music group Nigeria back then, they also won many awards.
They brok up, the break up can be blamed on the three members, everyone played his own part, whether they know it or not.

Blackface is blamed because of his failure as the group leader to keep the group, by making sure Tufaze and Faze get to participate in major decisions. Faze can be excused from blame, though by virture of being a member he is automatically blamed. Tuface on the other hand is both the architect and the instigator of the break up. One thing is certain that song “African Queen” which Tuface sang alone broke them up.

Blackface compared to Tuface and Faze

Compared to Faze and Tuface, Blackface has achieved nothing of note since the break up. While Tuface has grown stronger in the music industry, winning many awards and accolades all over Africa and Nigeria, performed on countless number of shows, collaborated with top 9ja and American artists.
Faze on the other hand has grown too, just like Tuface he has won many awards, done many stage shows, has many albums, etc. Blackface is no where to be found, he hasn’t done any song of note lately, his stage show offers are few or none, virtually no personal awards, the ones he has was the ones won by the group.

The way forward for Blackface

Blackface should forget everything and move forward, forget he ever was a boss before, forget and forgive Tuface and Tuface should reciprocate too (he refused to invite Blackface to his wedding). Make up with Faze.

Is the hurt that is eating him up, pride also is one factor he should put aside. If Blackface can do that I don’t see the reason why he won’t move up, even higher than others. Well if he don’t, I mean getting Tuface and Faze back to his side once more not as a group but as friends, he can’t survive with the likes of Whizkid, Flavour, Iyanya and others dominating. If you doubt me well you should know Blackface didn’t go into hibernation or sleep mode because he wanted to, he has sung a couple of songs but it didn’t make it in Nigeria’s music charts because of competition.
Hoping Blackface will bounce back soon, 9ja music really miss him.

Do you know SKY B? The one that sang “cry for me” and “my baby am calling?” wondering what happened to him?

Read 9ja music artist sky B where is he
If you are interested to know where Resonance chiweike crowners are right now read wha happened to Nigerias music group Resonance?

4 thoughts on “Where is Nigeria’s Music Artist Blackface”